Graphic designer Joe Gallinaro won the Gary Hebert Award for Most Effective Use of Graphic Design on a Single Page for his work on “Familiar Foe,” a look back on LSU’s history with former Florida and South Carolina head coach Steve Spurrier, in Volume 38, Issue 18 of Tiger Rag.

Third first place award of the day for Tiger Rag at the LPA Awards: @Seaun for this shot of Jamal Adams. pic.twitter.com/naRhcwJBAn 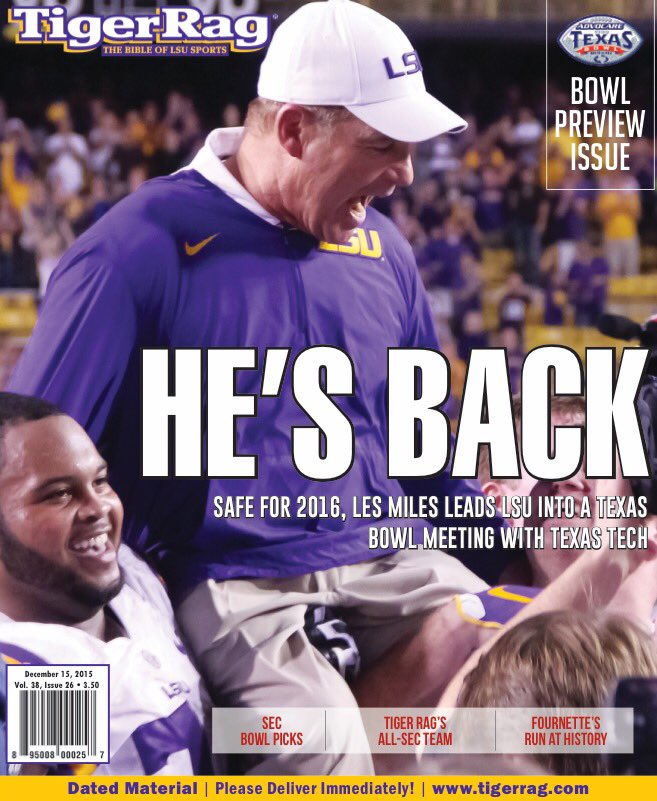 Columnist and Tiger Rag President Jim Engster finished third in the voting for the Sam Hanna Award, given annually to the Best Regular Column.

By JAMES MORAN Tiger Rag Associate Editor METAIRIE — Sometimes a change of scenery makes all of the difference. Coming off a cold, frustrating weekend offensively, LSU got hits in five of its first seven […]

Engster: Joe Burrow is the heir to a tumultuous history of LSU quarterbacks